To address recent incidents involving airline passengers being forcefully removed from airlines, the Trudeau Government has announced an Air Passenger Bill of Rights. According to Transportation Minister, Marc Garneau, this new legislation will be implemented in 2018. Parties in favor of this Bill commend its efforts in protecting ticket holders with appropriate compensation for inconveniences as a result of the airline. However, opposing views state the Bill is a so called “skeleton”, missing important terms. To ensure customers of Airline Limousine are informed, the following article outlines important information regarding the Bill and how it may help travelers in the future. 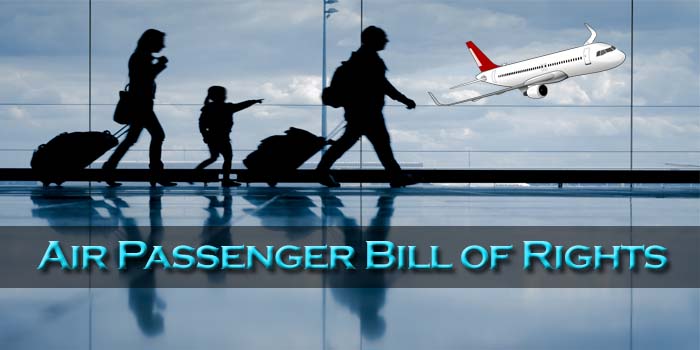 Writer for the Globe and Mail, Mia Rabson, introduces the Bill implemented by Transportation Minister, Marc Garneau. The main premise of this new motion, as quoted by Garneau, is to ensure “people who are legitimate passengers can’t be denied boarding or removed from the plane against their will”. In addition to preventing involuntary bumping, Rabson identifies additional motions which will include the following protective measures for airline travelers.

The Air Passenger Bill of Rights is quite extensive, with protective measures, specific compensation figures and airline penalties still in developmental stages. However, the movement toward this rightful approach for ticket holders is pleasing many Canadians, including multiple Air Canada passengers from Windsor, Ontario.

According to Rima Hamadi of CBC News, Windsor resident Mariam Diryawish, experienced an unfortunate situation when her aunt traveling back to Australia became lost. Diryawish’s aunt didn’t speak English very well, and missed her connecting flight when her airport escorts guided her to the wrong gate. Although her aunt traveled to Vancouver, instead of Los Angeles, the airline did not compensate the family for any losses. An Air Passenger Bill of Rights would have helped tremendously in this case.

Although the future is promising for airline travelers, skeptics feel that the new legislation is leaving out quite a few important concerns. Yvonne Colbert, writer of CBC News, states that president of the Consumers’ Association of Canada, Bruce Cran feels there are significant remaining arrangements. Compensation for damages incurred by passengers who are delayed is not specified, in addition to limited penalties for airline companies.

Regardless of the current limitations, the new Bill set forth to protect airline passengers from overbooking, damages, and delays is a great start. Toronto airport transportation services, such as Airline Limousine, will follow related coverage to ensure travelers are aware of their rights in the air.