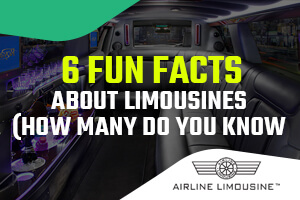 What do you know about limousines? They’re just for movie stars and business tycoons, right? They’re really expensive, no? No and no.

In case you weren’t aware, scheduling an airport limo or hiring one to take you to a special event is both simple and affordable. In fact, there are probably lots of things you don’t know about limousines, which is why we’ve compiled this list of fun facts. 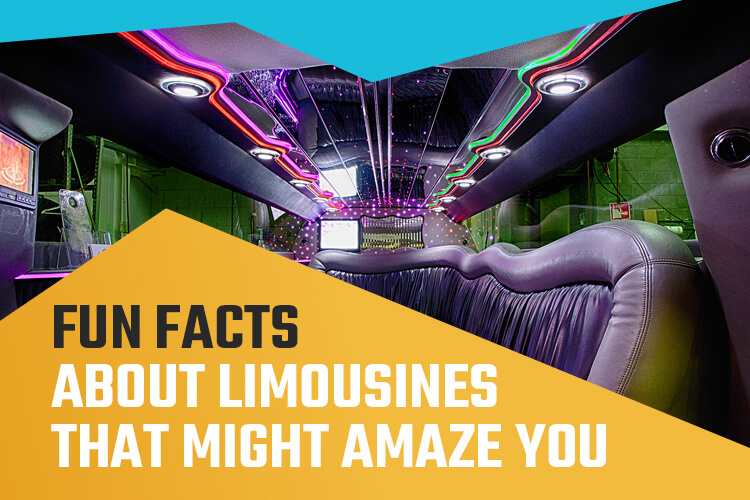 Some Fun Facts About Limousines That Might Amaze You

Here are some interesting facts about limousines. How many do you know?

1. The word is French

The word “Limousine” is, as you may have guessed, derived from the French area Limousin. Its design resembled the hood worn by locals of the region to protect them from inclement weather.

The first engine-powered limousine was developed and built in the year 1902 in the French province of Limoges. It had an enclosed compartment offering privacy to passengers, while the driver sat with only a sunroof to protect them from the elements. This vehicle could seat three to five people.

3. The first air-conditioned limousine was introduced in 1939

Most of us think of air conditioning in cars as a relatively modern invention. However, it was first used in limousines as far back as 1939, with Packard introducing it in its vehicles a year later.

Californian car customizer Jay Ohrberg built the longest limousine ever in 1986. (Ohrberg also created K.I.T.T. for the Knight Rider TV show and the Delorean in Back to the Future.) Named ‘The American Dream’, it was 100 feet long and had 26 wheels. It also had a jacuzzi, a king-sized water bed, a diving board, and four televisions.

The limousine was introduced during the swing jazz era and immediately became a favourite of touring big bands, earning it the nickname the ‘big band bus’. Many famous bands often used the car to transport their instruments and musicians, including Benny Goodman, Glenn Miller and Artie Shaw. Many also had beds.

6. There’s more than one kind

When limousines were first introduced, the name wasn’t used to address any specific car type but the characteristics that a vehicle offered. These features were completely based on the privacy the vehicle offered and its size. However, as time went by, the term was separated into two distinct categories: exotic and traditional. Exotic limousines are typically custom-made and offer luxurious features while traditional ones are town cars.

These fantastic vehicles offer stress-free rides only if you book one from reputable limo service providers. They will take the time to understand your requirements and recommend the best vehicle type to ensure your ride is both safe yet luxurious.