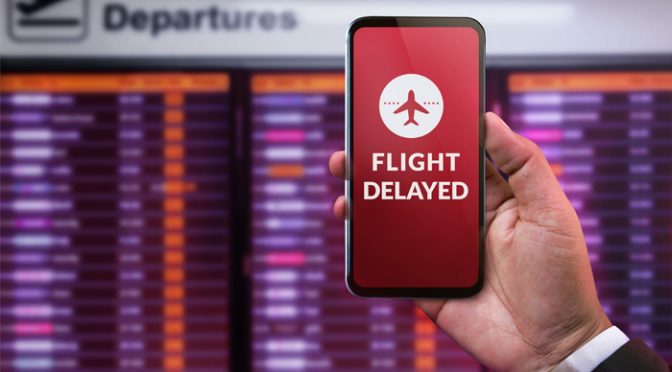 On December 31,  a Montreal Air Canada flight scheduled to take off for the Dominican Republic at 8:15 a.m. was delayed, leaving passengers stuck onboard. Three hours after loading, they were told to disembark and re-board at 2 p.m. But the plane never took off, and there was no fresh air as the motor wasn’t running. This led to a tiring and chaotic situation. Passengers disembarked again after two hours, and loading was rescheduled for 5 p.m. Eventually, the flight was cancelled.

This type of delay, where airline passengers are stuck on the tarmac, waiting for takeoff, is called tarmac delay. If you haven’t been in such an unfortunate situation, knowing what to do (and not to do) may come in handy.

Stranded on the Tarmac? Here’s What to Do

No one wants their family vacation turned into a fiasco because of a tarmac delay. Boarding and disembarking with no idea when you’ll reach your destination can be distressing. What should you do if you are stuck on a plane for hours? Read this post to find out.

What Is a Tarmac Delay?

According to the Canadian Transportation Agency, a tarmac delay occurs when passengers are confined, with no immediate opportunity to disembark, to a grounded aircraft with doors closed for takeoff, or that has just landed (wheels down). It’s important to note that closed aircraft doors define such a delay. If the aircraft’s departure is delayed and the doors are open, the situation is considered a flight delay, not a tarmac delay.

Fortunately, you have specific rights in this situation. They include providing passengers with certain amenities while they’re on board and allowing them to leave the aircraft if the delay reaches three hours.

What Are the Common Reasons for a Tarmac Delay?

How Passengers Should Be Treated

There are certain standards for treatment of passengers that airlines should meet, irrespective of the location. Here are amenities that onboard passengers are entitled to free of charge.

What Should a Passenger Do?

Frankly, there’s nothing a traveller can do to make the plane take off, or to accelerate the process. However, they can lessen a delay’s impact by being patient and making the following preparations.

What Are Your Rights?

Delays are unfortunate for both airlines and passengers. However, when a tarmac delay occurs, it’s the airline’s responsibility to ensure that onboard passengers are comfortable or are disembarked as soon as possible. If they fail to do so or you’re not satisfied with how they handled the situation, you have the right to complain.

Your first step should be to contact the airline and submit a complaint in writing within 30 days. Your complaint should outline your request for an explanation and/or compensation. If that doesn’t work or you’re not satisfied with the response, you can file a complaint with the Canadian Transport Agency.

Tarmac delays can be exhausting both mentally and physically, as it was for passengers of Air Canada Rouge flight 1822. Instead of arriving at your destination and booking an airport taxi immediately to reach your home/hotel comfortably, you’re stuck in a confined space, roasting among crying children and grumbling adults. Who would like that? In fact, a layover would be better than being caged in a plane that isn’t taking off. Although tarmac delays are unpredictable, you should always be ready for one. Also, know your rights so no one can take advantage of your situation.